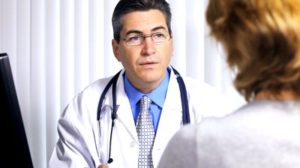 For those who are unhappy with something on their body, plastic surgery is a viable option. According to ASPS, the American Society of Plastic Surgeons, more than 14.6 people had some sort of cosmetic procedure done in 2013, so those looking into cosmetic surgery should not feel as if they are alone.

With the growing popularity of plastic surgery, here are the top five most common procedures:

As one of the most popular cosmetic procedures, each year many women reach out to a liposuction doctor to learn more about the procedure. Basically, a liposuction procedure begins by inserting a tube underneath the skin in order to remove any unwanted fat deposits. The procedure is most often done on the buttocks, thighs, upper arms, hips, and stomach, as those areas tend to carry the most fat deposits, and are the hardest to lose even through diet and exercise. Depending upon how extensive the surgery was, recovery can take anywhere from one to four weeks.

Many women have undergone breast augmentation surgery. While some have done it for personal reasons, others have done it to reconstruct their breasts after breast cancer. Whatever the reason, breast augmentation surgery has had a high success rate with women, as most feel more confident after the surgery. Women can choose between saline breasts, which are made out of a saltwater solution, or silicone breasts, which are made out of a gel substance. Full recovery can take anywhere from three to four weeks, though many women are fine to go back to work after a few days.

Also known as rhinoplasty, nose reshaping is a procedure that reconstructs the nose in order to make it larger, smaller, more narrow, or to change the angle. This procedure is popular for both men, women, and even teens, and it takes anywhere from one to three weeks for recovery. However, it is important that during recovery, that the nose does not get bumped or sunburned.

Both men and women have been known to undergo eyelid surgery, specifically if they have severe bags underneath their eyes, or have drooping upper eyelids. Both issues can have a sever impact on the eyes, thus the surgery is often very important to have done. Recovery takes about 10 days, but for those who wear contacts, it can take two to three weeks before they can be worn.

Though men often suffer from stomach issues, more often than not, women are the ones who undergo a tummy tuck, usually after having kids. A tummy tuck removes the excess skin around the abdomen, and the muscles in the abdomen are tightened. It takes about two to six weeks for recovery, as it depends on how invasive the surgery was.

Many people have done plastic surgery and have had high success with their procedures, as they feel better about how they look. These top five procedures have been successful for many people, and can be very successful for anyone considering one of these.

Please take a moment to rate your experience
with our team.